A friend of mine recently contacted me about my project to simplify life, curious and wanted to see if he could used something like that too. He confided that he was in some low point of his life and could sure use a boost somehow. 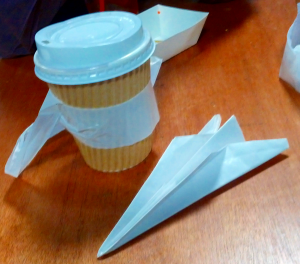 We met each other in town over a cup of coffee and we spoke at great lengths about how we had these perfect systems to run our lives, as INTJs always do.  However, such flawless systems are flawed as they were way too complicated to be used and sustained. Finally, we sort of agreed that simplicity is really the key to a system as it builds sustainability. Such as an adaptation of the BulletJounal system to manage my To-Do lists, a system that is easy to use, will be a system that works because I will be motivated to use it.

I’m also grateful that my friend made me verbalise my thoughts. What emerged from the coffee talk was that I’ve been building a series of rules for myself to “put myself on a positive spin” to lead a fulfilling and wholehearted life.

Come to think of it, I wonder if some of these rules I made had any sense in them and hence, the inspiration for this “Positive Life” series in my blog.

As I aim to share some of the rules I made for myself, it gives me the chance to reflect on why I created those rules in the first place too.

Rule #1: Do not stay in office more than an hour after work working

Note: This rule will only work for those holding on to a 9 to 5 job.

Why do I do that?

Number one reason: There is tomorrow!

But why not leave on time like what many websites tend to recommend? I’m a bit more pragmatic and I understand that will be times where I am required to complete some urgent work where overtime could be inevitable. I put a limit as an hour, just as the sun sets with four hours left on the clock to get back home, bathe, have dinner and play!

With that being said, I would also rather work on a Saturday than doing overtime if possible.

If I do have to work at home at night or over the weekends for some reasons, I will only bring back two types of work.

A. Work that I like to do: For me, these are usually things that allows me to exercise my creativity, for instance, putting a lesson plan together.

B. Work that are “mechanical and brainless”: For me, these would be things like marking lab test scripts.

I tend to refrain from doing the latter as it would mean that I’m doing chores. Meanwhile, the former would feel more like play to me and play = rest.

As I always share with my boss who gets worried when his employees stayed overtime, borrowing the words from Oliver Goldsmith:

Don’t worry, I will leave to fight another day.